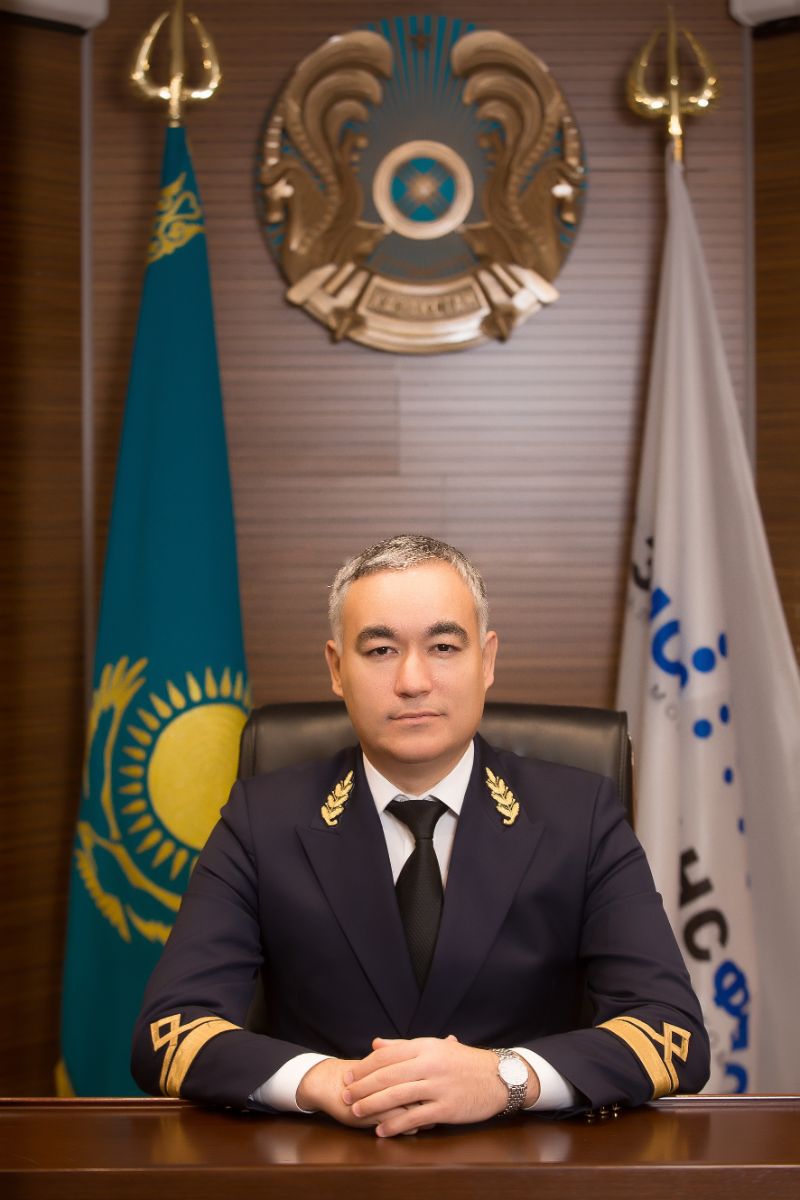 In 1997, he graduated from Almaty Higher Investigation School of the State Investigative Committee of the Republic of Kazakhstan by profession as a lawyer.

Information about workplaces and positions held:

From 1991 to 2012, he continuously served in the internal affairs bodies of the Republic of Kazakhstan, worked in various operational positions.

From 2012 to 2014, he headed the branches of KazAgroFinance JSC in Atyrau and Mangistau regions.

From March to August, 2017, he acted as General Director of Aktau Plastics Plant LLP.

Prior to his appointment as Deputy General Director for Business Development, he held the position of Head of the Corporate and Information Security Service of NMSK Kazmortransflot LLP.

He has various diplomas and incentives.